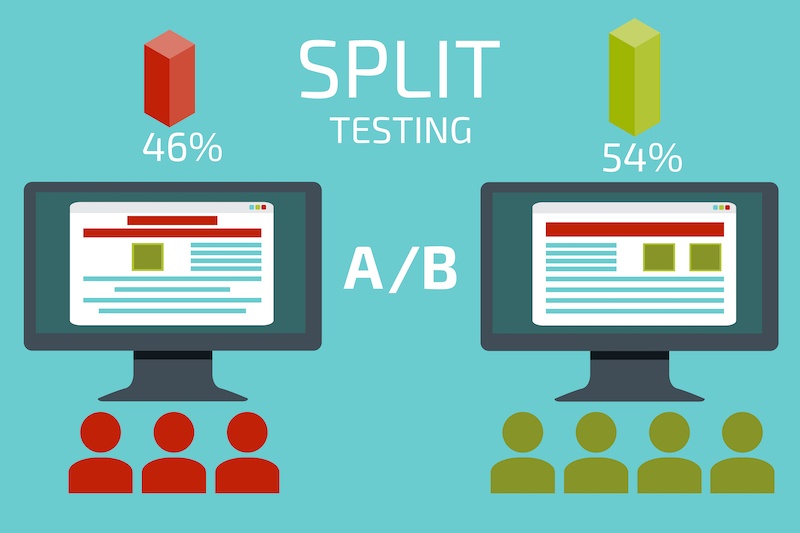 All online businesses must conduct a split test one way or another. If you do not do it now, I am sure you will do it later.

Split testing is called multi-variate testing in the world of statisticians. In business, we also call it A/B split testing. It is a process where you test the results of two variations of an action.

For example, you can do two versions of your landing page, and then you will measure which one has performed better.

Today, I will show you how to implement split testing in your online business. Particularly, I will focus on advertising, as this has a direct impact on your revenue.

Based on a study by Outbrain, headlines with negative superlatives performed 30% better than the others. A threat, or anything perceived negative, is a serious issue to the reader. This is why it works. Human beings tend to pay more attention to scary headlines than positive news.

As you can see, these headlines have negative words like “never,” “risk,” and “stop.” These headlines put the risk and threat in front of the target consumer, and he is likely to click on the ad.

Positive superlative headlines still work, but negative ones perform 30% better. Examples of positive words are “best,” “most awesome,” “the cheapest,” and so much more.

Run two ads that have different headlines for your split testing, and then see which one has more clicks or engagement. Once you have this data, use it for your ad later.

What I recommend is that you split test two images only. Large companies do at least five. Before you do this, you need to have a plan.

What do I mean by this?

There are thousands of ways you can edit an image. What you have to do is to settle for two that you think will resonate with your audience. These two images are versions that you believe will work.

For example, let us say that you are selling mugs. In this case, you can choose two of your best mugs, and then use them for your ads.

When split testing the image, use the same headline and the same text. What you want to measure here is the response or engagement rate of your target consumers.

Once the two ad sets are over, you can see which one generated more clicks, likes, and engagement. The one with the better performance is the one you use for your final ad.

On some occasions, you may observe that more males responded to image one and more females to image 2. In this case, you now know that image 2 is best for marketing to female audiences.

One important aspect of split testing is the audience. There is no hard and fast rule on how to split the audience. It completely depends on your product.

One way to go about this is to split by age. You can run your Version A and target 18 to 35 years old. At the same time, you run the same ad, but the audience is 36 and up. By the end of this run, you will have a clear idea of what age bracket has better responses to your offer.

Another way you can do this is by gender. You can do the same exercise but this time, you split your two ads between male and female.

The last method I can recommend is splitting the ad based on geography. This is much more complicated, but it also makes sense. What you can do is to target two countries. Each ad will run on a specific country, and then you can compare the results later.

The last one is the text of the ad. This may not apply to everyone, but it is still equally important. You have to ask your copywriter to produce two versions of your ad copy.

Once you have this, you can run the two versions of the ad, and then measure the response rate of the audiences later on. Obviously, the ad body text that generated a better response is what you will use in your final ad.

There is an issue with A/B split testing. Since there are many components, it also means you have to run many ads. This is a tad problematic, especially so if you are a solopreneur.

The trick here is to run the split test one at a time, and then save the data or your findings for later use. Do not run multiple variations at a single time, as it is going to cost you money.

Another tip I can share is that you have to plan your ads. Do not run two variations just so you can call it a split test. You have to ask yourself if the ad version you want to run makes sense.

For example, does it make sense to run ads targeting people between 18 and 30 if your product is a diabetes program?

No, it doesn’t. This is what I mean by careful planning. Do not just run ads to see which one works. you first need to understand your target market, and then do the split tests for your particular audience.

Also, do not run ads just to test which ad copy works. When you write your ad copy, you have to write it the best way you can—so much so that you know that it is going to work. The goal here is to create an ad that you really think will work, even before you do a split test.

Do not forget to test your call-to-action (CTA), too. It makes sense to find out what kind of CTA your market responds to. You would be surprised that there is a big difference in how people react to “Buy Now” and “Learn More.”

Summary: how to implement split testing in your online business

Split testing is a necessary business practice. All large businesses do this. You may have succeeded in the first run of your ad, but this is not a guarantee of your success the next time you run it.

People change, and your competition landscape also changes. New things get introduced every day, and a successful ad last year may not work this time. Do a split test, measure the results, and then use the final version of your ad that works.

I'm an Aussie living in Japan who enjoys traveling, photography, and blogging. Please visit this website and explore the wonderful world of blogging. Discover how to turn your passions and pastimes into an online business.

link to How To Delight Your Instagram Audience With Engaging Giveaways

https://youtu.be/bYPem_6rXrc Instagram is a famous social media platform with over 400 million active users across the globe. Many brands are making the best use of Instagram, setting strategies...

https://youtu.be/bZc-DjWd2BE Earlier, the idea in many people’s minds was that you could draw a lot of attention with the use of infographics. Now, this is no longer the case because everyone... 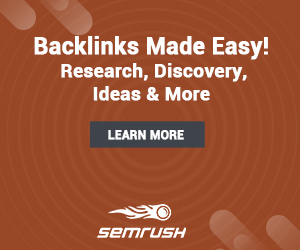 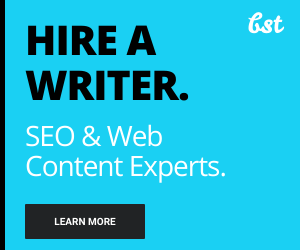